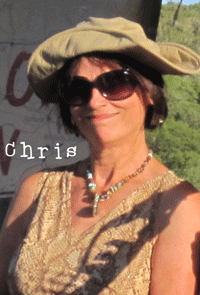 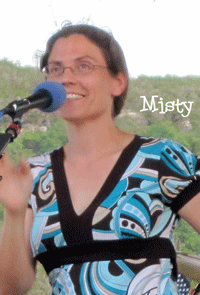 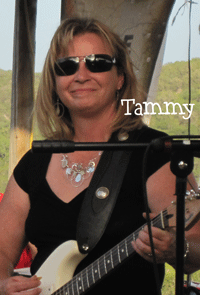 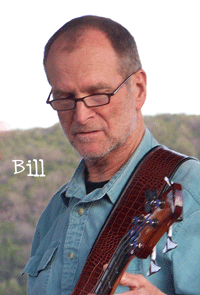 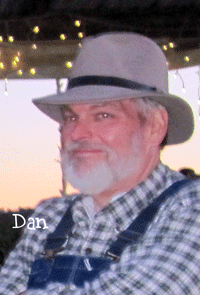 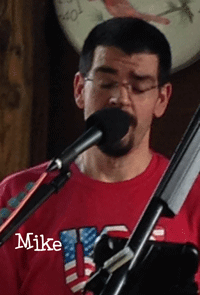 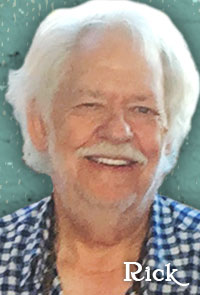 Dan: As an experienced and gifted musician, Dan inspires us all. His many years playing most every music style including Hawaiian band (you can use your imagination on that one). In addition to his sweet voice, Dan excels playing guitar, bass, mandolin, dobro, banjo and more. He enjoys a wide variety of music ranging from Country, Folk, Bluegrass, Rock and Roll, Gospel and Contemporary Christian.

Tammy: As a result of growing up in the family band with Dan (her dad) and Sandy (her mom who is a fantastic vocalist and harmonica player). She has an excellent background in music. She shares her talent in the form of vocals, guitar and flute accompaniment that will bring tears to your eyes.

Misty: Misty's love for music lead her into a career as a music therapist. She uses music to restore people who suffer with neurological injury. She sings and plays guitar and mandolin like an angel. When she and Tammy team up together on vocals, magic fills the air.

Dan, Tammy and Misty are former members of the local group Midway.

Rick is the Exit 505 drummer. Rick also has a long history in music. He started percussion when dinosaurs roamed the earth, back when had to beat on hollow logs to scare the T-Rex away from the cave. Later on, he stretched animal hides on the logs and invented drums. No, seriously, Rick is a great drummer and we LOVE him, but he just left it up to me to write his bio.... done!

Bill: Rocker from way back when he paid his way through college in a rock band called the Friars. Bill loves the great oldies from types like Bob Dylan, Eric Anderson, Buddy Holly and Tom Petty. His is super on bass and guitar and vocals. He also loves playing his bass with the Praise team at his church.

Mike plays banjo and guitar along with being a vocalist. He also plays the Egg. Quite possibly the most important rhythm instrument ever devised.

Chris: A shower singer from way back has finally come out of the shower to the stage. Chris is new to the music scene but not to music. She grew up in a family of shower and vacation car singers. Chris also loves to fiddle around and play the mandolin. Her musical influences include Linda Ronstadt, Bonnie Raitt, Patsy Cline, Joni Mitchell, and the Beatles. 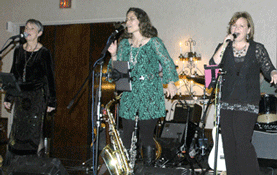 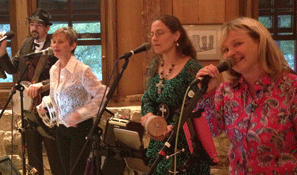 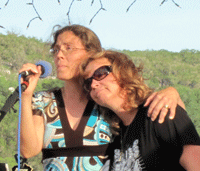 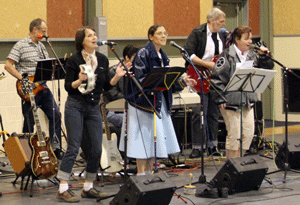 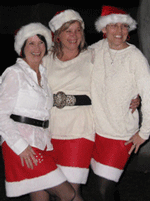 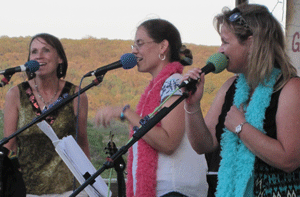 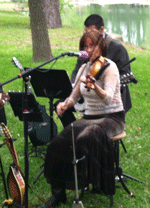 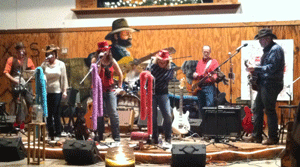 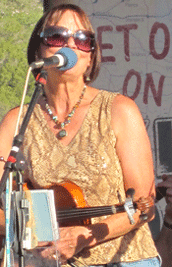 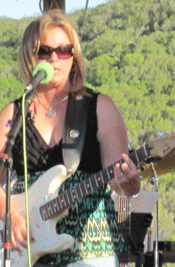 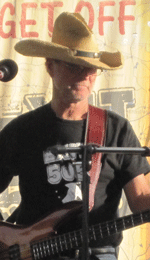